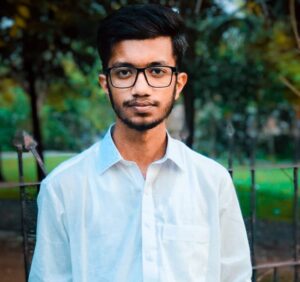 Hello everyone! I’m Haris Bilal, a website developer, and SEO expert. I have over 6 years of experience in the field, and I’m considered one of the top experts in my field. IT Ministry Launches GSMA Smartphone For All Program 2022

On Wednesday, the GSMA and Kistpay launched the ‘Smartphone for All‘ initiative in order to make it easier for low- and middle-income consumers in Pakistan

Digital marketing is one of the most important aspects of any business, regardless of size or industry. In order to reach and engage customers online, 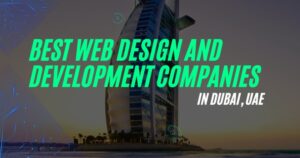 There are many web design and development companies in Dubai, UAE but not all are created equal. You need to do your research before choosing IT Ministry Launches GSMA Smartphone For All Program 2022

On Wednesday, the GSMA and Kistpay launched the ‘Smartphone for All‘ initiative in order to make it easier for low- and middle-income consumers in Pakistan to own a smartphone. This event was done in collaboration with the Ministry of Information Technology and Telecommunication.

Today, the Ministry of IT and Telecommunication took another concrete step towards achieving our vision for digital Pakistan.

With their “Smartphone For All” initiative a program that provides smartphones at discounted prices in order to improve access among marginalized people through installment-based financing instruments.

While also seeking out ways how they can encourage early adoption by youth or women who do not currently possess one already so as increasing societal benefit from increased penetration rates because everyone will have an opportunity to participate equally online without being left behind.

What is the smartphone for all programs?

The government of Pakistan Wednesday announced the introduction of a new program for all citizens to have access to smartphones.

The development was announced during the launching ceremony of ‘GSMA Smartphone for All’ attended by the Minister for IT and Telecommunication Syed Amin-ul-Haque.

Under this program, citizens will be provided smartphones worth up to Rs100,000 in installments.

Addressing the ceremony, the minister said that anyone would be able to get any smartphone by paying 20-30% of the cost.

Amin-ul-Haque added that those who want to make a purchase under this scheme in installments would not be required to undergo a guarantee or documentation. It will be possible for them to acquire a smartphone with their identity card.

The minister further shared that smartphones worth Rs10,000 to Rs100,000 will be provided in three to 12 months installments.

“If an individual does not pay their installments, the phone will be locked and wouldn’t be used anywhere in the world,” Amin-ul-Haque said at the event.

The minister added that this scheme is aimed at ensuring a common man’s access to smartphones and bringing small entrepreneurs toward e-commerce. However, he did not comment on when the program will begin its course.

Commenting on technological advancements in Pakistan, the minister said: “More than 70 projects worth Rs65 billion are in progress to ensure connectivity facilities. No past government in Pakistan had thought about manufacturing mobile phones in the country. But due to the ministry of IT today, 29 companies in the country are making mobile phones.”

We Help Your Business To Come Online. Our experienced team helps your business to grow fast and also build your business online presence.